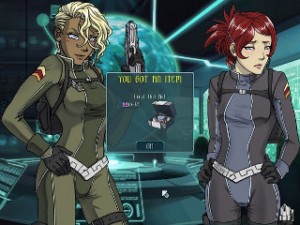 Winter Wolves’ Planet Stronghold is a mix of classic visual novel features (dialogues, decision making) and sci-fi role-playing battles with a turn-based combat system. It was released in 2011 for PC, Mac, and mobile. Players select their character’s gender, and each gender has three optional romantic endings.