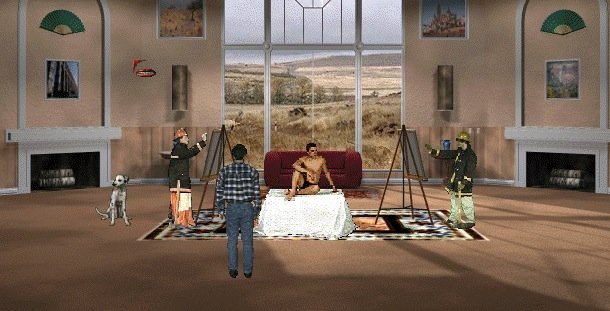 In Harvester, firemen appear to be a running gay joke. At one point, Steve buys a pornographic magazine in the general store and the old woman behind the counter says, “that kind of interest is healthy for a young fella. Steers him away from being a fireman” (Cobbett, 2011). When entering the fire station, Steve sees that the firemen apparently spend their day sketching a bikini-clad male model (Kalata, 2011). The firemen are described in another review as “lisping, effeminate ‘flame’ specialists” (Hudak, 1996).