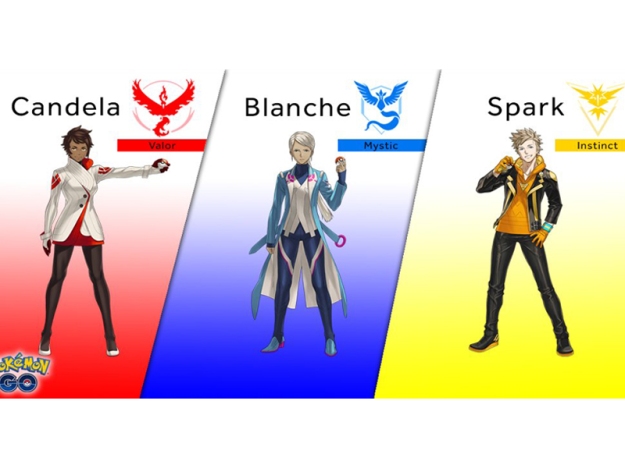 Pokemon Go Gym leaders Candela, Blanche, and Spark have all been variously interpreted as queer by some fans. In particular, Candela has been viewed as a lesbian, Blanche as a trans woman, and Spark as a trans man or an asexual cisgender man (Grobman, 2016). Spark has also been depicted as a gay cisgender man by writers and artists in the fan community (see, for example, the Spark archive on Zerochan.net). Some fans also consider Candela and Blanche to be in a relationship with one another (McNally, 2016). Additionally, the game asks players to specify a “style” for their avatars rather than a “gender”, earning praise from the transgender community. (Walker, 2016.)

Grobman, Jes. 2016. “Everyone Picked a Pokémon GO Team Leader, the Transgender Community Picked Them All.” The Mary Sue. Retrieved 22 January 2017 from http://www.themarysue.com/pokemon-go-trans-team-leaders/