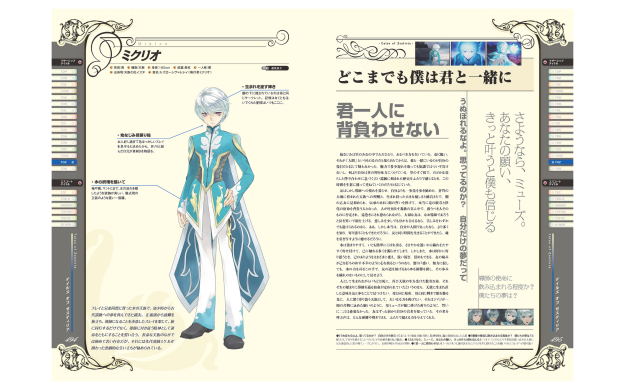 In Tales of Zestiria, the main character Sorey and his best friend Mikleo are heavily implied to be in a relationship. Neither character shows more than a passing interest in the opposite sex, and many of the other characters express envy of the bond that the two share.  They are shown to be very physically comfortable around one another, and one of the unlockable titles for Mikleo in the game (a descriptor that can be assigned to a character that has cosmetic or statistical effects on that character) is “One and Only”. Furthermore, game producer Hideo Baba described Mikleo in an interview with Side B-N (Bandai Namco’s informational/advertising magazine) as Sorey’s one and only. (“スレイにとって、唯一無二の存在です。”)

While there is no explicit statement of love between the characters, the depictions of romance are no more or less strongly implied than those of heterosexual relationships involving main characters in other Tales series games. 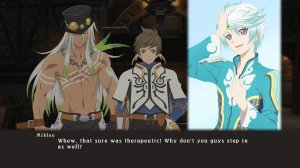 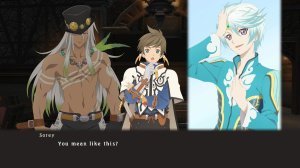 Tales of Symphonia: Zelos and Lloyd

Tales of Zestiria: Sorey and Mikleo