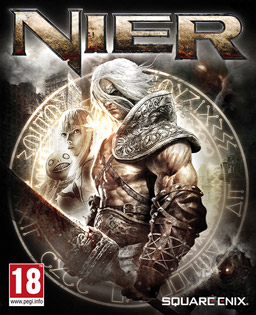 NieR, a spinoff of Drakengard, is set a millennium after the final series entry and puts players in control of the titular hero in his valiant search for a cure for the Black Scrawl epidemic, which claimed his daughter. Teaming up with Grimoire Weiss, a magical talking book, and two other characters, Kainé and Emil, the games follows his quest for a remedy and his attempts to understand threatening creatures known as Shades.

LGBTQ references in this series: