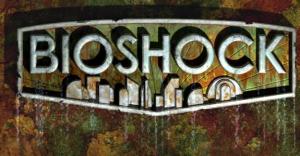 BioShock, a first-person shooter video game series developed by 2K Boston and designed by Ken Levine, has been published for assorted game platforms since 2007. It draws upon Levine’s earlier game, System Shock. BioShock has a dystopian narrative influenced by the work of Ayn Rand and George Orwell, as well as novels such as Logan’s Run. The inaugural game takes place in 1960 in Rapture, a fictional underwater community founded in the 1940s by a business tycoon, Andrew Ryan, who initially possessed noble utopian goals. Rapture’s scientists discover ADAM, a chemical found in sea slugs, which they transform into plasmids capable of modifying human genetic material and granting superhuman abilities. Long term use of ADAM leads to mental illness, and the high demand for it has dangerous societal implications. A harvesting process using young girls known as “Little Sisters” necessitates protection by “Big Daddies,” mutated humans in armored driving suits. The ensuing tension leads to a war between “Splicers,” ADAM addicts, and the remaining, sane non-users. It is in this world that players are introduced to Jack, whose plane crashes near Rapture. Players must help Jack ward off Splicers and the merciless Ryan. There are three more main games in the extremely popular series, two special editions, novels, art books, a soundtrack, and a cancelled film adaptation.

The BioShock series consists of:

BioShock is a game series that takes place in alternate history science fiction settings, including the cities of Rapture (1950s-1960s, underwater city) and Columbia (early 1900s, flying city). These settings are noticeably dystopian, and embody suspense and horror. Each of the games depicts a society in various states of decay, and each explores a different philosophical theme—for example, BioShock explores capitalism and totalitarianism, BioShock 2 explores socialism and psychology, and BioShock Infinite explores religion and nationalism. Many people have noted the games’ strong narratives, but many others have critiqued their portrayals of race and gender, as well as their “ludonarrative dissonance” in their use of violence (Alexander, “‘Now Is The Best Time’: A Critique Of BioShock Infinite”).

While the games focus largely on heteronormative characters and family structures, they also contain a number of gay characters and instances of homoerotic language. Most of these references appear marginal or are portrayed as neurotic, but the scene from BioShock Infinite is a positive (though brief) portrayal of a happy couple.